In the twenty-first century, life as we know it changed. Years later, colonies scattered over a thousand parsecs of space rediscover their origins.

In a technologically suppressed future, information demands to be free in the debut novel from Hugo Award-winning author Charlie Stross.

In the twenty-first century, life as we know it changed. Faster-than-light travel was perfected, and the Eschaton, a superhuman artificial intelligence, was born. Four hundred years later, the far-flung colonies that arose as a result of these events–scattered over three thousand years of time and a thousand parsecs of space–are beginning to rediscover their origins.

The New Republic is one such colony. It has existed for centuries in self-imposed isolation, rejecting all but the most basic technology. Now, under attack by a devastating information plague, the colony must reach out to Earth for help. A battle fleet is dispatched, streaking across the stars to the rescue. But things are not what they seem–secret agendas and ulterior motives abound, both aboard the ship and on the ground. And watching over it all is the Eschaton, which has its own very definite ideas about the outcome… 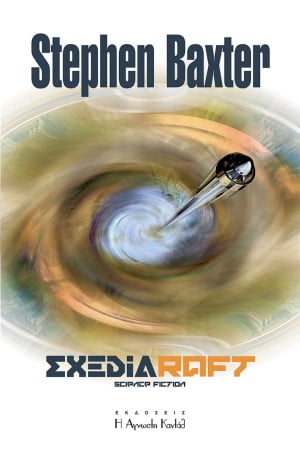